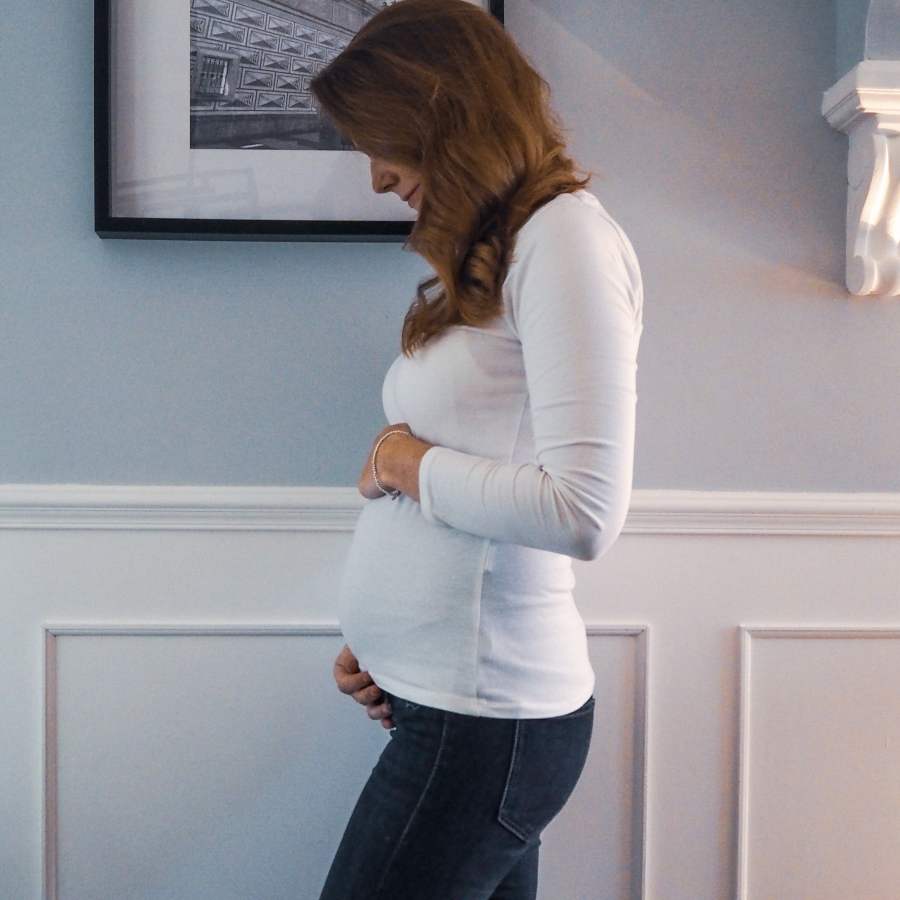 I’m well aware most, if not everyone, knows whats going on in the world and how Covid-19 has affected many parts of our life. But, even though this is a special time for my family, it is also strange and new. I wanted to make sure I documented this in a blog post, so I can look back and remember just how different it all was.

Firstly, it seems that anyone that got pregnant during ‘lockdown’ was being slightly mocked or made fun of for not socially distancing or spending their time doing the deed. Certainly not true for every case, some people wait years for their babies to come along and sometimes when life slows down, stress eases and life is put into perspective a little more… that baby comes along. So, always be mindful of what you say. It’s not always a joke.

When I first found out I was pregnant and made that first call to the midwife it was strictly phone call only. I didn’t get to see my midwife in person until I was just over 9 weeks, even that was early compared to women who got pregnant a little earlier.

I remember going into that first appointment. I was on my own and I had no idea what to do with my mask or where to stand. It gave me so much anxiety, and still does. All the chairs in the waiting room where 2m apart and the treatment rooms were well spread out too. I didn’t need to wear my mask inside this appointment, only in the waiting area. I remember thinking it was slightly strange that I was only now getting the pregnancy properly confirmed 9 weeks along.

When I got the 12 week scan letter in, it specified that I had to attend alone. Not long after, it was announced that partners could attend scans but not other appointments. I was so pleased he was going to be able to come along with me. I feel so sorry for people who couldn’t take partners. Don’t get me wrong, it was still super strict when we got to the scan. Partners had to wait in the hallway, while the ladies went into the department, checked in and were allowed to sit in the waiting room until called. Masks were mandatory for the full time as well as sanitising your hands going in and the when you were done. There was also 3 seats blocked off between each free seat, so your weren’t anywhere near other ladies. I remember looking round the room, all other women were on their phones and I just sat there, thinking. I just wanted to soak in that moment so much and remember every single detail.

Our 20 week scan was pretty much the same as the last. Ross had to wait outside until we were called in. Everyone stuck to social distancing and hand cleaning.

This scan was slightly longer too. It was so in depth I spent the full time in awe. We could see each little vertebrae, blood pumping through the heart, the brain again and even its little nose and mouth up close. I hardly spoke, I didn’t want it to end. I could have watched it all day. If everything goes to plan, that could be the last time we see him/her until they are here! Where is the time going?!?!

Going forward I hope all the regulations at least stay as they are, and not worse. The thought of Ross having to leave me as soon as the baby is born is horrible and I take my hat off to every women that has had to do it this year. I just don’t want him to miss out. 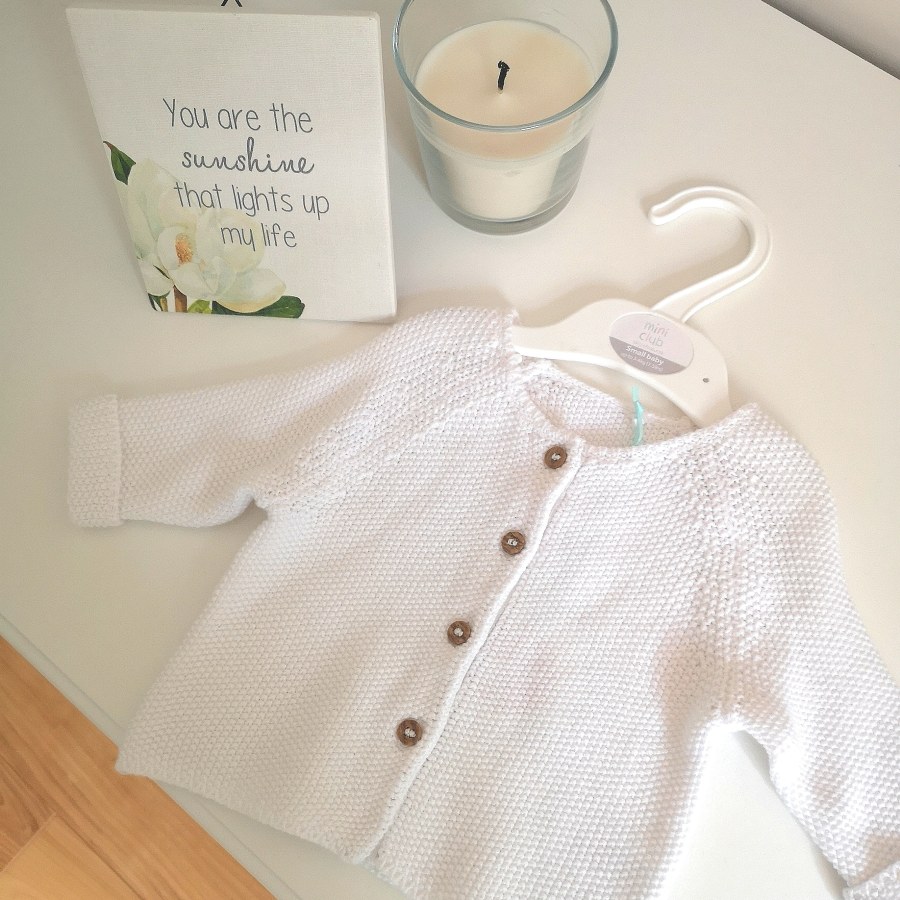 What better way to explore new and overwhelming emotions than putting it on the internet right? Firstly, I just wanted to say this blog has been created as a safe place for me, and for others to read all about pregnancy and motherhood. I feel social media often displays pregnancy and motherhood as perfect but from my experience it couldn’t be further from the truth. It’s filled of heightened emotions and changes that you often feel you can’t talk about. I’ve decided for my own sanity, I need to do the opposite and be honest.

It was back in late May of this year we found out that I was pregnant. After being married for a year and a half, it was definitely something we wanted. But I didn’t realise how much fear and doubt would be my prime emotion. My husband was ecstatic from the moment we found out, I on the other hand didn’t burst into happy tears, shout from the rooftops or anything like that. I was quiet, subdued and in slight disbelief that our time would be in the middle of a global pandemic. Was this the right time? Are we sure we are ready? Can we afford it? Will I even be any good?

Over the next 2 weeks I felt myself subdued and quiet with my emotions. I also felt so anxious and on edge that I would go to the loo at some point and it would all be over just as quickly as it started. I guess you could say I was on constant panty watch. I didn’t have much symptoms to begin with except a few period like cramps and got through physically until week 6 without any issues.

Then came the nausea. Thankfully, never physically sick but extreme nausea had me floored every day from the minute I opened my eyes until well into the afternoon each day. Now, I’ve had nausea from time to time in my life, but wow, never like this. It is completely different to the normal sick feeling. It was like having motion sickness without even moving. I would sleep with plain crackers and polo mints at the side of my bed so I could easily reach for them each morning. They never helped, but I liked the thought that I was at least trying. I also used anti-sickness bands from around this time until nearly 10 weeks when it became slightly more manageable. I am not sure if they bands were more of a placebo affect, but they did help from time to time. They become quite the accessory. I have a very distinct memory of lying on the couch, waiting for my husband to get home and just bursting into tears because I felt so horrible. Nausea really is so debilitating.

Pre pregnancy, I had suffered from really bad periods and was prone to ovarian cysts for a number of years. So, around 8 weeks we made the decision to go for a private scan to make sure everything was viable. I was terrified that cysts would be a problem and simply couldn’t wait until 12 weeks before we went to the hospital for our main scan. And there it was, heart beating strong, cosy in my tummy. A little baby.

My nausea continued until I was around 10 weeks when it started to relieve itself and only appeared every few days or so. Unfortunately, as one symptom was getting better another started. It was around week 9 that I started to suffer from severe migraines. They would start off quite low in the pain scale and build over 5 days or so before I would have a massive nosebleed. Once the nosebleed came, the headache lifted. Unfortunately it only lifted for about 2 days and started again. I even started to keep a diary because I hadn’t ever experienced anything like this. I used to have the very rare occasion when I would have a migraine round about the time my period was due but nothing that would cause me to see a doctor. From week 9 until week 16 I seen doctors and midwives, and even had a trip to the hospital as they were so severe. They would come round the top of my eye, into my ear and down the back of my neck. I am not sure if this has anything to do with it, but I remember posting the question on the Peanut App about them and a lovely lady told me to introduce a tiny amount of caffeine. I never had thought about how I had actually went cold turkey on caffeine since finding out I was pregnant. Pre pregnancy I loved tea and coffee, but quickly went off the thought during the early stages of my pregnancy. So, I gave it a try a kept some coke in the fridge and each day I felt a like a headache might start, I took a few sips and it settled! Thank goodness! It might have been a coincidence but I wasn’t caring, it worked!

The nausea, headaches and nosebleeds were definitely my worst symptoms. I also suffered from the usual, sore boobs, light cramps, backache and extreme fatigue. I would sleep all night and still need a nap during the day. It has only been recently that I have stopped sleeping well and spend most of the night tossing and turning.

Overall, the first 16 weeks of pregnancy were pretty shit. I felt horrific, I wanted to spew all the time, I couldn’t eat anything that wasn’t carbs, I struggled with my changing body and my emotions were all over the place.

However, I can’t really complain. I was lucky enough to be furloughed during that time, and still am. I didn’t need to worry about getting myself to work and could take as much time as I needed to rest and sleep. It was brilliant in a physical sense, but not in a mental capacity. Being on my own all day long sent me into myself, going over thoughts and emotions in my head. I used to wake up and struggle to face the day, I just wanted to feel better and happy. I didn’t know it would take so much time.

For me, pregnancy wasn’t as it was perceived to me. Yes, I am so lucky to be growing a little human being and so many people have it so much worse! I 100% know that. But, does that mean we can’t feel a bit sorry for ourselves? Or have a cry because the nausea is too much? Or have a slight breakdown that your jeans don’t fit and your boobs are overhanging your bra in such a sort space of time?

I honestly don’t think so, pregnancy is hard no matter what. And I am thankful, now 19 weeks I am starting to feel better, look better and have a lightly more optimistic look on it all.

Maybe you can relate? Let me know and take care! x